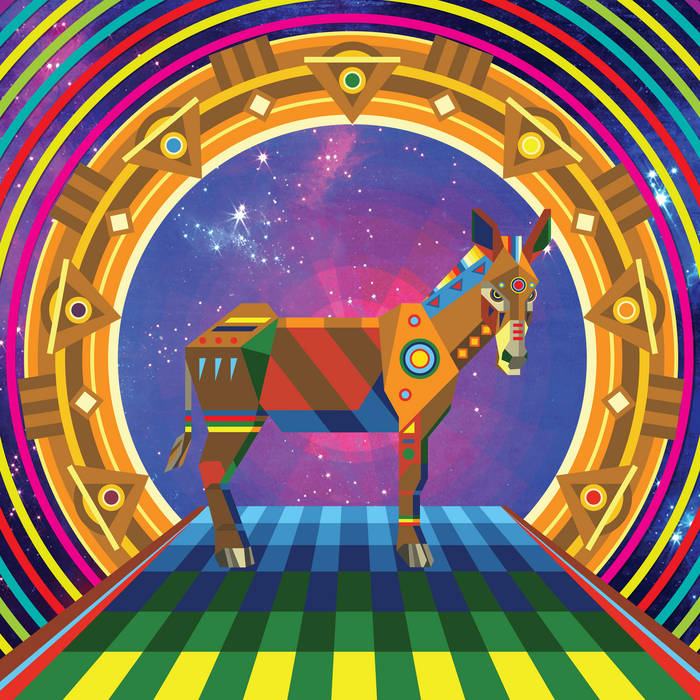 Yes! It was time to give the In demand second album from the Colombian kings of "Berbenautika" the repress treatment!
Be quick, only 300 copies are back in stock.

Some have pointlessly tried to define the genre of Systema Solar's music, sometimes has “World”, “Tropical”, “Global Bass”, or simply “Cumbia” but the band truly developed their own style: the “Berbenautika”, fusing Colombian folklore such as porro, cumbia and champeta with elements of electronics, breakbeat, hip-hop, reggae, salsa, calypso and so on, along with a strong visual identity inspired by the African heritage of the “pico” culture from the Caribbean Coast.

They recorded nearly half of this new album live from two different studios located in Bogotá and in Santa Marta, on the Colombian Caribbean Coast, to recreate the same feeling and energy they deliver on stage.

One of the most delightful surprise is undoubtedly the featuring of Debbie Harry from Blondie for the soulful “Artificial”.

Catchy melodies in “Maria Casquito” and “Artificial”, disco-funk in “Nite Nine”, atmospheric cumbia in “Antena”, hip-hop beats in “Tukupakata” and “Eso Ke Es”, electronics in “Indio Guerrero” and “Machete” , salsa vibes in “Esquina”, dance floor hits “el Boton Del Pantalon”, “La Rana” and “Yo Voy Ganao”, come together to build a solid and mature piece, that is not only the continuity of what everyone always liked about the band, but also a brilliant and conscious album, turned towards the future, about recycling our own garbage, connecting with nature, criticizing our consumer's society, and preserving Caribbean and Colombian cultures.