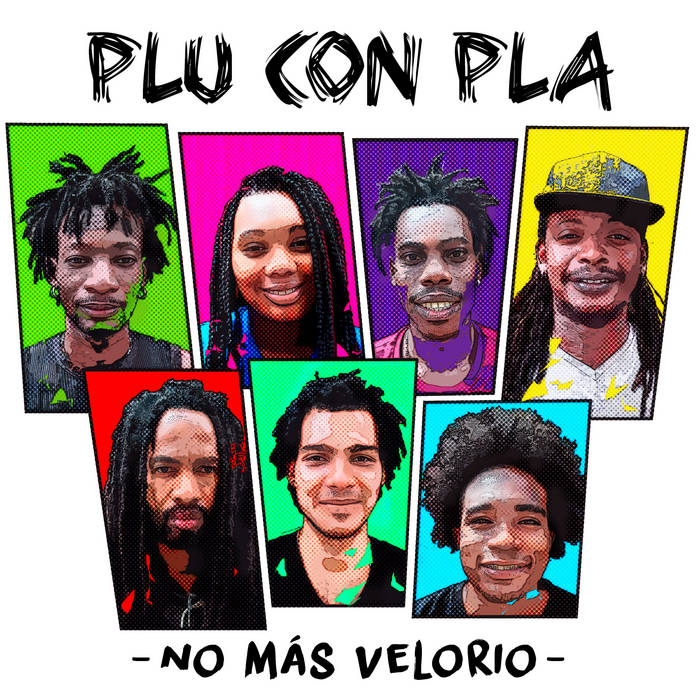 From Tumaco, Colombia, Plu Con Pla fuses traditional rhythms from the Pacific coast of Colombia such as Currulao and Bunde, with reggae, hip-hop, and subtle electronic beats.

Plu Con Pla is an eleven piece band that brings together two distinct musical concepts, creating something we’ve never heard before.
On front of the stage, a complete Currulao section sets the vibe with a powerful vocal combo, traditional instruments from the pacific coast of Colombia (bombo, cununo, marimba), and elements of West African origins (Ngoni, Djembe). They are joined by the force of a full reggae ensemble of drums, guitar, bass and keyboards.

The group takes its name from a traditional dish from Tumaco. “Plu” stands for Plumuda, a local fish, and “Pla” is short for “Platano”, the plantain you’ll have on your plate nearly every time you eat lunch in Colombia.

The title of their first EP, “No Mas Velorio”, speaks for itself: “No More Funerals”, sending a powerful message about how the region suffered from the civil war. “We ask forgiveness for whatever it is we’ve done, and we’ll live in the clouds, that way we won’t hurt anyone. We worked this soil, it was our land, but we’ll leave it to you, because we don’t want any more funerals…”

As a band, Plu Con Pla has come together through a process of investigating, teaching, innovation and spreading awareness of the many forms of Afro-Colombian culture in the South Pacific region of the country, growing out of the Tumac South Pacific Folkloric Foundation , a cultural school founded in 1969 in Tumaco by and for vulnerable communities. Later, in 2008, the foundation created a second branch in Medellin.

Produced, mixed and mastered by Michael Alfred Wagner AKA Biomigrant