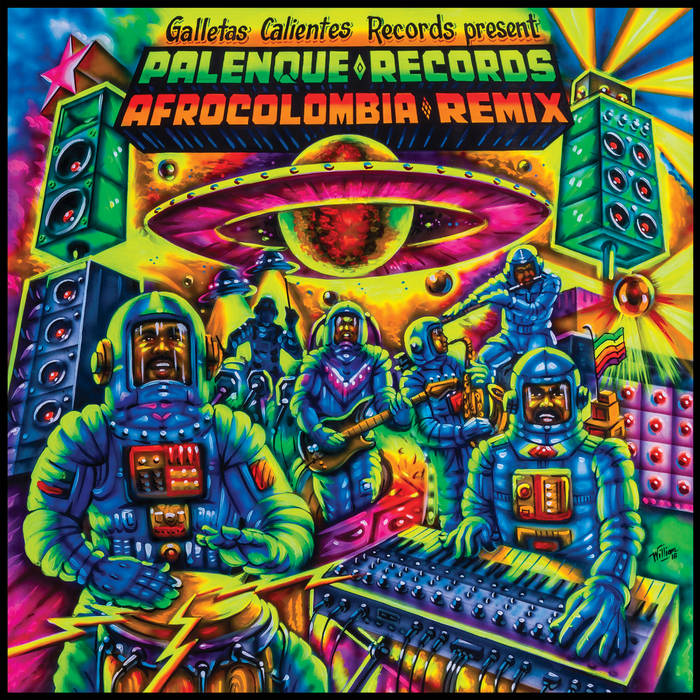 riothippie It's hard to say which track i like most, they are all so damn good. really love playing them on partys. Favorite track: Kumina (Solo Moderna Remix).

Since the mid 90's, Palenque Records have been actively promoting the Afro-Colombian music and culture.

Palenque Records' original artists, such as Son Palenque, Abelardo Carbono, Sexteto Tabala, Batata y Su Rumba Palenquera, Colombiafrica The Mystic Orchestra.., living testimonies of how much Africa has influenced traditional music in Colombia, have developed a remarkable culture, collaborating with african musicians such as Diblo Dibala or Bopol Mansiamina. Most of them are considered to be the precursors of “Champeta", a unique musical genre setting its roots in the west-african Soukous and Afro-Beat.
This music is the origin of the very interesting "picó” culture of the Caribbean coast of Colombia.
The Afro-Colombian legacy is also represented by other artists such as Gualajo, known for their marimba playing skills, typical instrument of the “Currulao” music from the pacific coast of Colombia.

The purpose of this remix series is to pay a tribute to Palenque Records who are celebrating 20 years of musical activism in 2016, by releasing some versions of the original songs, produced by the finest artists from today’s worldwide "Global bass" scene. Remixes and edits from Dj Sabo (U.S.), Rafael Aragón (FR), Motin (DE), Ghetto Kumbé (CO), and Solo Moderna (NL) are featured on this first volume.